Bustle skirt at the Legion of Honor

A bunch of FABULOUS PEOPLE, by John Carey Photography

The theme was bustle dresses, while attending the Tissot exhibit at the Legion of Honor in San Francisco (as Tissot was known for painting sheer ruffle-tastic froofy bustle gowns).

My goal was to have my skirt ready and wear it as a test run, since there was noooo way my bodice would be done in time.

Not me, that’s the etsy model.

To cover up that hot mess of a top, and because San Francisco is always freezing, I bought a vintage velvet and fur capelet from Ebay:

Unlike the top, this is purely fabulous, and can work for nearly 100 years of costuming.

Note, apparently lots of ebay sellers are doing this thing where you save something to your watchlist, and a few days later they will email you with a discount good for ~24 hours. It’s definitely meant to appeal to your lizard brain to BUY THE THING BEFORE IT IS GONE, and in this case it meant I got this cape for $40 (reduced from $60). Sold!

And some pictures from the outing: 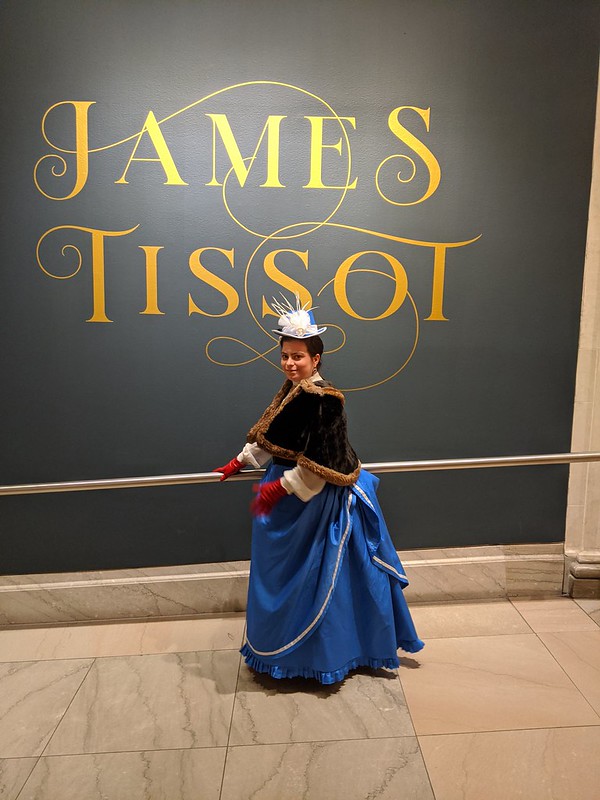 This side of the skirt looked nice 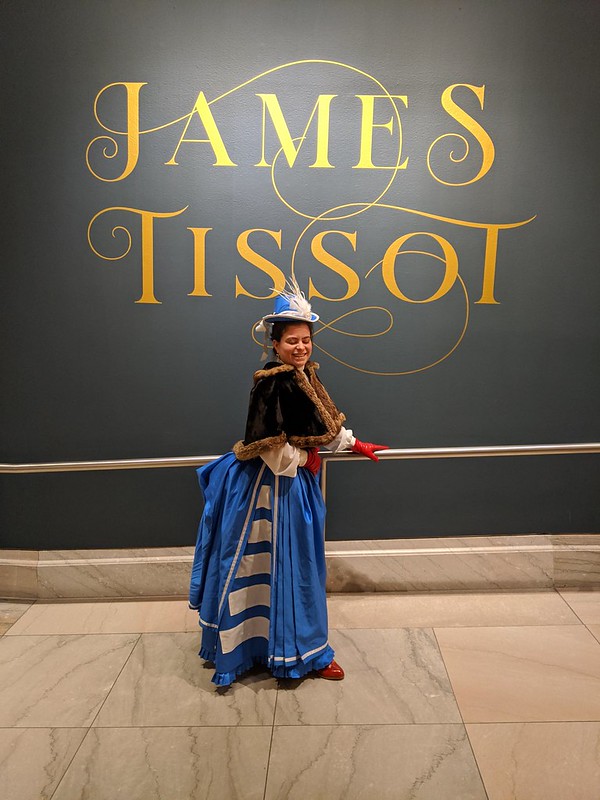 But what is that hot mess being hiked up in the back there? 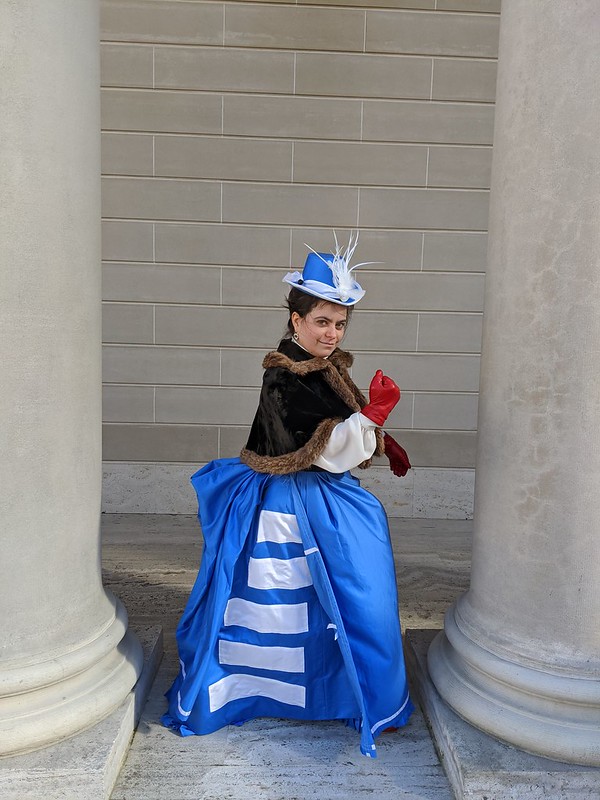 It was classic San Francisco wind outside. That capelet was super handy for not freezing to death.

While the excursion was excellent, I’ll be honest, I really don’t like these pictures.

At least it was a test run to know where to alter my skirt before the costume contest next year. Mostly a bunch of tacks and french tacks to get things to look all nice and effortless. Although you know what isn’t effortless? Actually doing that. This costume is definitely being put in the corner for 6+ months until I can bear to look at it again; the potential is there to be epic, just needs some more work.

This entry was posted in 1880s, Captain America Bustle, Excursions. Bookmark the permalink.