So this was supposed to be the year of the bustle.

Seriously, I have the fabric for four different bustle gowns.

But, I ran out of time to turn the last dress link into a Captain America bustle gown for Jordan Con, because having only ~30 minutes to sew a day (on a good day) left me no time to start a completely new era (need new undergarments, patterns, etc).

My plan was to wear my Eliza Schuyler dress for the Jcon costume contest, because hey it’s cosplay if you squint.

And then an utterly brilliant idea hit my brain that I ABSOLUTELY HAD TO MAKE.

So the theme for Jordan Con was The Darkest Timeline. Getting into some fantasy book nerdery here, what if evil timeline Vin – from Brandon Sanderson’s Mistborn – was found by the bad guys and made into a Steel Inquisitor, instead of being found by the good guys? And to hide her peasant origins, she goes all-in on wearing ballgowns?

The character in the book does go undercover as a noblewoman, and as such sometimes puts on a ballgown. To get even more nerdy, I hypothesize that she definitely has to be wearing 1840s.

The dresses are described several times as bell-shaped. Can’t get much more bell shaped than 1830s-1850s:

Ok, we know this character definitely isn’t wearing 1830s. 1830s is too damn bonkers of an era (giant sleeves, giant hair). If your character is wearing 1830s, you are going to describe the heck out of it. By leaving out the description of this unique era, it ain’t what you are reading about. 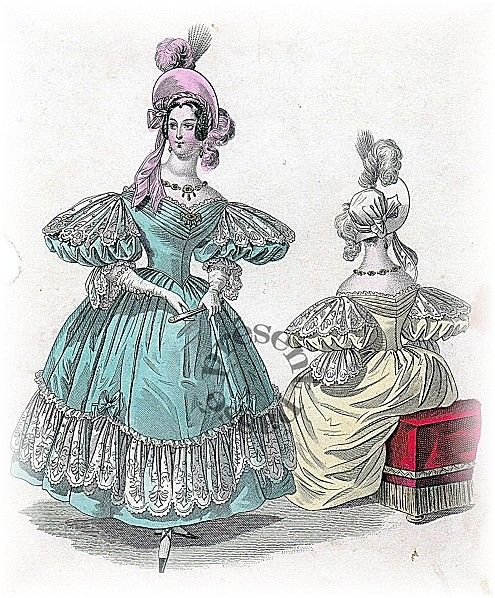 1830s bell-shaped gown. Unfortunately a pinterest link and I can’t find the source.

Whereas by the 1850s, skirts had gotten so big that they needed hoopskirts to keep them nice and big (or hoopskirts were invented so skirts could get bigger. Potato potahto chicken/egg etc). Another name for these is cage crinoline. Now, in the Mistborn world, where people (and especially nobles) have the power to control metal, are you going to surround yourself with a big ol’ cage of it? HECK NO that would just be asking for trouble. 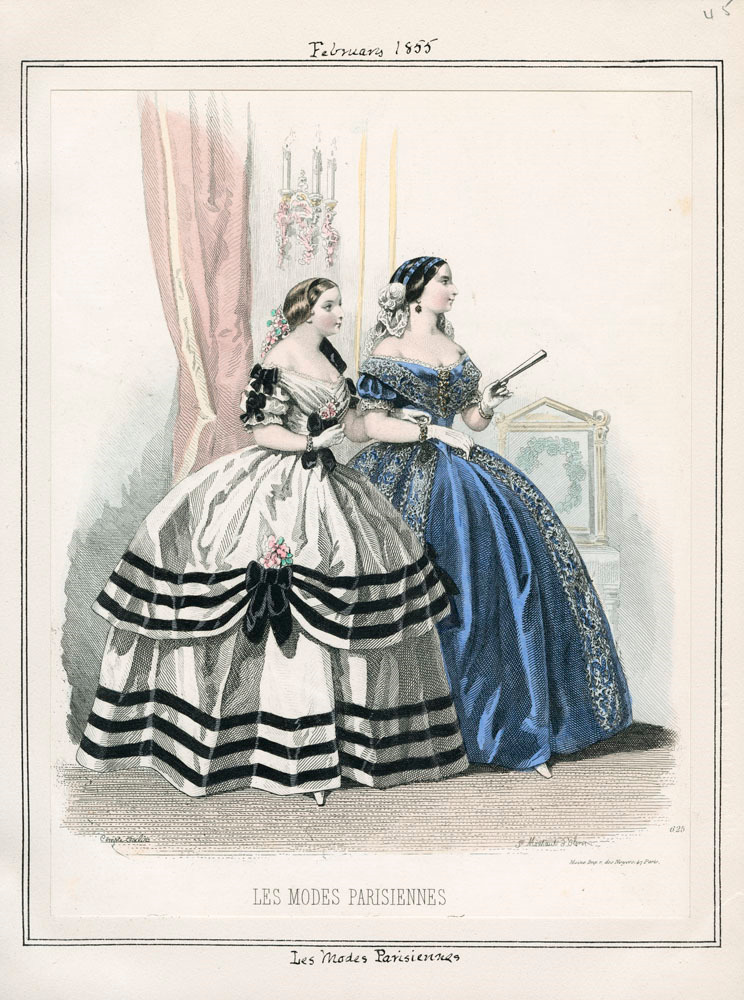 So by process of elimination that leaves us smack dab in the 1840s. I also wanted to make this dress with as little metal as possible to try and make it more cosplay-accurate (which meant things like eyelets instead of hooks and eyes to close the dress).

I got my main inspiration from these three plates: 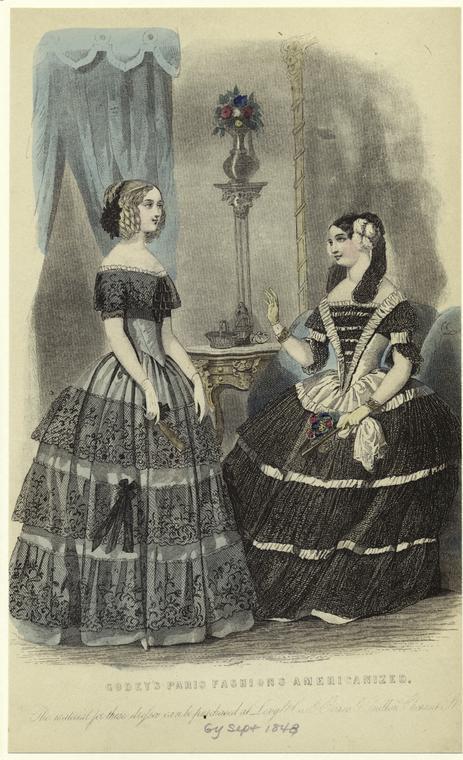 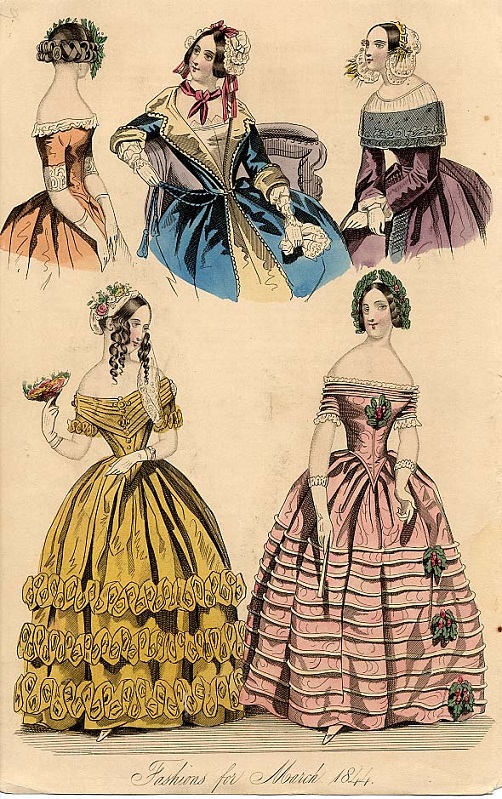 Not entirely sure how that yellow trim is made but I love it! 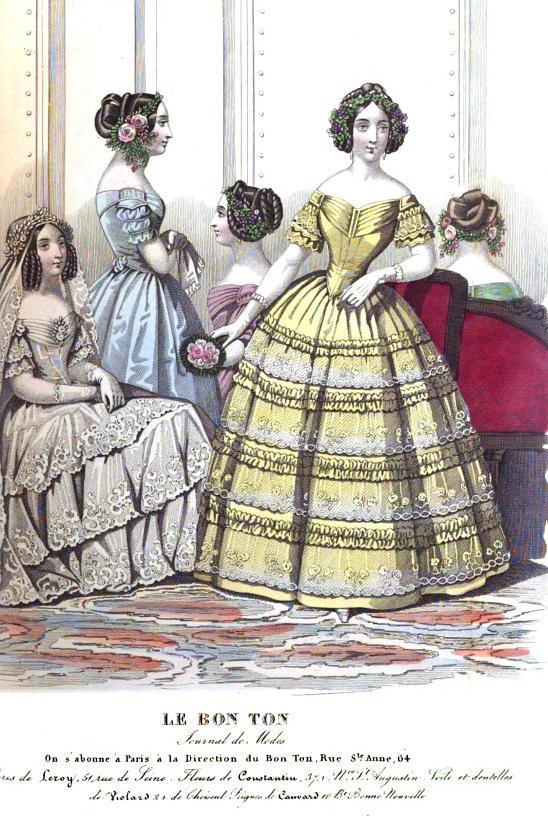 So, armed with all my petticoats from my 1830s gown (hooray, no needing to make undergarments!) and 6 yards of black Supima cotton sateen from the epic Joann sale (taffeta is just too damn expensive these days, especially when 1840s is not my favorite era worthy of spending that much) I set off to make this dress in 4 months. I figured even with a non-sleeping baby, I already had all the patterns so fitting shouldn’t take long, and I could just bang the dress together for April. (Spoiler alert, I did, and will be describing the parts of the dress in the forthcoming posts).

This entry was posted in 1840s, Fantasy/Scifi/Cosplay, Steel Inquisitor Vin. Bookmark the permalink.