So after sewing frantically fpr days, I finished my dress the day before the Greater Bay Area Costumer’s Guild was meeting up at Dickens Faire!

Then the morning of I got sick and couldn’t go.

Luckily I was able to go with friends on the last weekend. I wore the dress this with my standard Victorian corset, a corded petticoat (which I thought I posted about, but whoops it looks like I never did), a boring plain petticoat that wasn’t worth posting about, and a tucked petticoat (which I apparently made 2 years ago and never actually wore). There was still no time to make a bonnet, so I wore it with a tiny steampunk top hat I made in a class at Costume College.

I did the thing costumers really shouldn’t do, and put on the whole ensemble for the first time right before heading out. 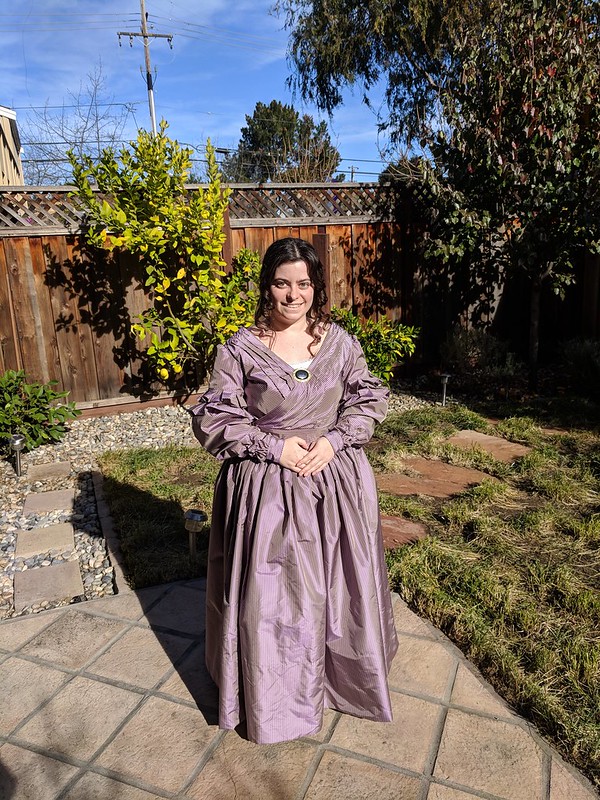 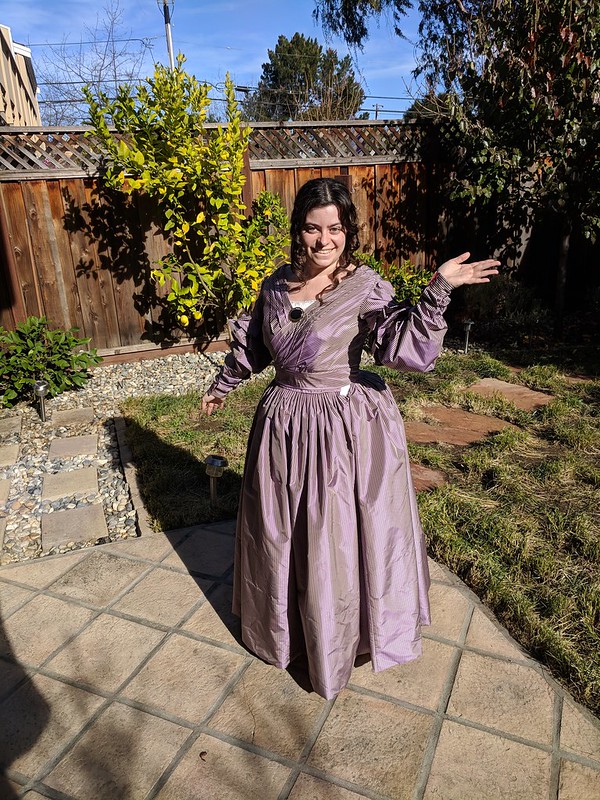 It’s interesting to note that you really can’t see the fabric mini-stripes in a full length photo. How many patterns or stripes might be hiding in black & white Victorian photography? 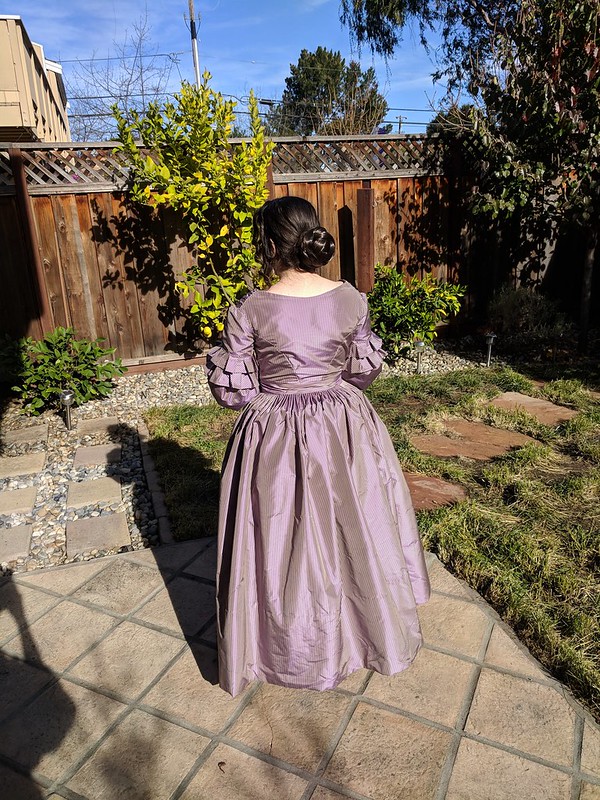 I also got tapped near the entrance to participate in the Costume Contest later that afternoon! I didn’t win, mostly due to the unfinished-ness of the ensemble (no hat, gloves, etc) which I certainly can’t argue with. But I did get a whole bunch of nice compliments especially from the emcee Lynn which I’ll take! 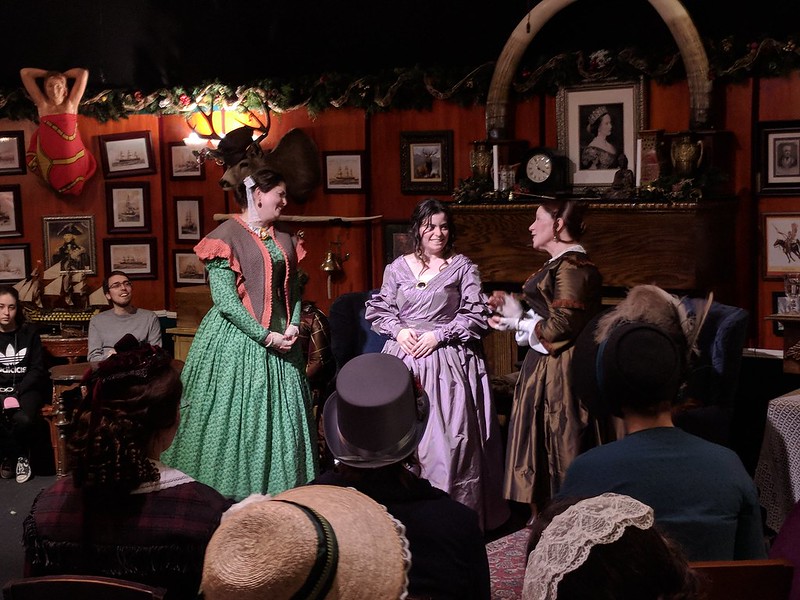 Some closeups of little details that aren’t noticeable from far away, but make me super happy: 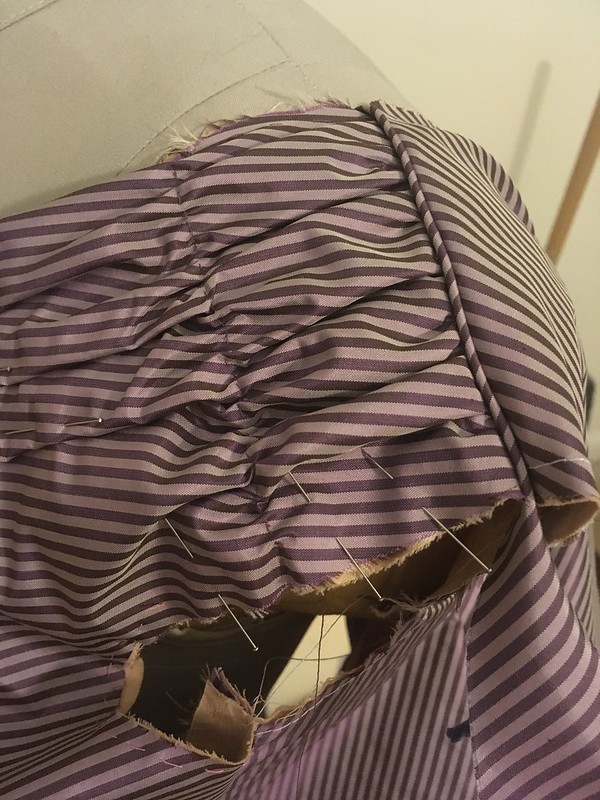 Gathering detail near the shoulder, and shoulder seam piping. I’ve shown this already but I love how it looks so much. 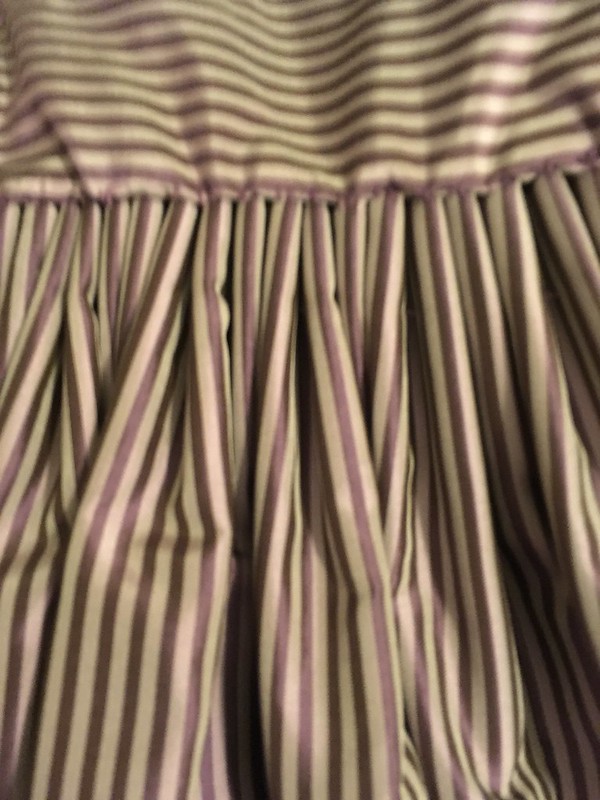 Everyone loves cartridge pleating! I stuck a strip of linen in the pleats to bulk them out, and it probably could have used a doubled-over strip for even more bulk. 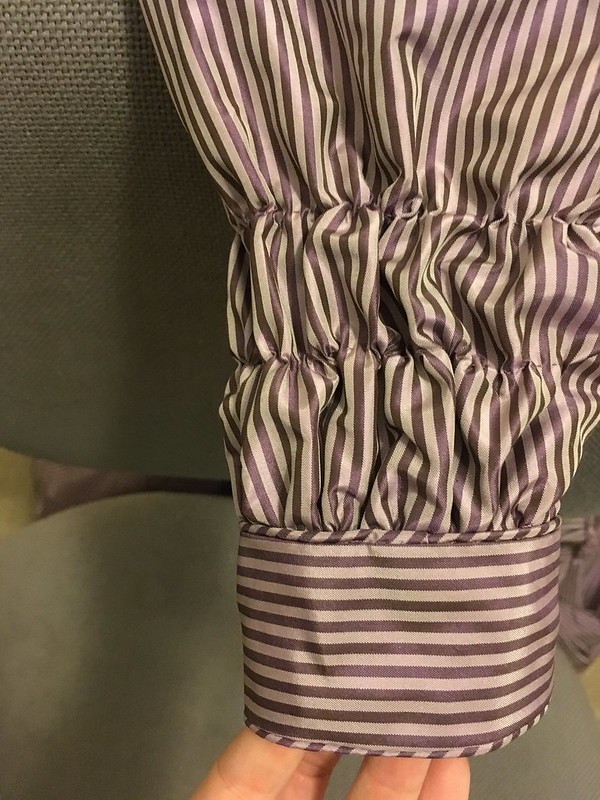 There are two rows of gathering above the cuff to bring the sleeve in from the poof over the elbow. The cuff is piped all around. 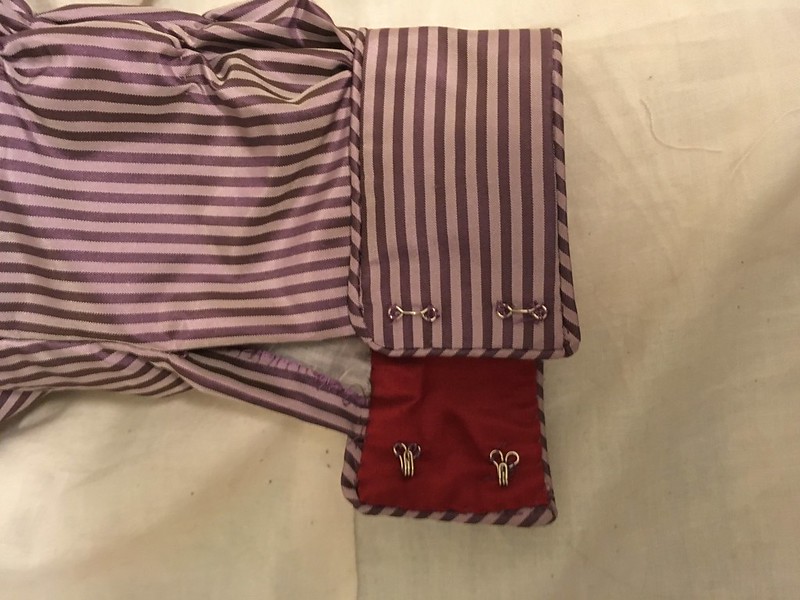 And for a hidden surprise, the cuff is lined with a bit of red silk! Costume in Detail had an 1830s dress where the cuffs were lined with black silk, and I thought that was a fun idea.

I’m pleased, but there are a whole bunch of things I want to change for the next wearing:

Phew, so lots of things to change which will enhance the ensemble, and most of them won’t actually be noticeable to other people. But I still had a ton of fun wearing this, and I finally got 2 year old planned project finished!