A new petticoat and stomacher for an Outlander Ball

(Hah this has been in draft for 2 months now… Finally have time for posting after Costume College. Oh right, and after moving in June. )

The Greater Bay Area Costumers Guild is threw an Outlander themed ball in June. While I was hoping to have finished my Eliza Schuyler dress by then to wear (even if it is ~30 years too late for Outlander), it rapidly became obvious there was no chance of that happening.

So I put the 1780s aside, and it was finally time to whip together the historical versions of the petticoat and stomacher for my Lady Moiraine francaise. Being 1760s or so, it is much closer to the 1740 time period of Outlander.

You can date it to the 1760s because the trim on the dress is wavy. Later in the 1770s, you see trim becoming much more linear (straight lines of box pleats for example), along with fabric having a lot of vertical elements (stripes, plaids, etc).

I used this portrait for inspiration for my stomacher: 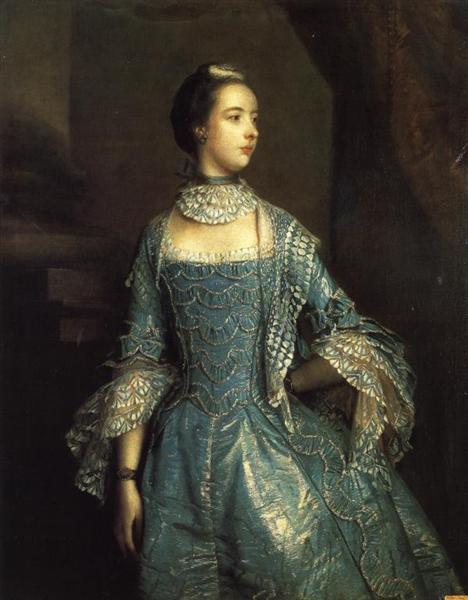 And while I didn’t copy any dress exactly for my petticoat, I was inspired by these images: I went for a small wavy ruffle on bottom, with a giant flounce in the middle. It is gathered to 3 inches in two places, giving it a somewhat wavy appearance. 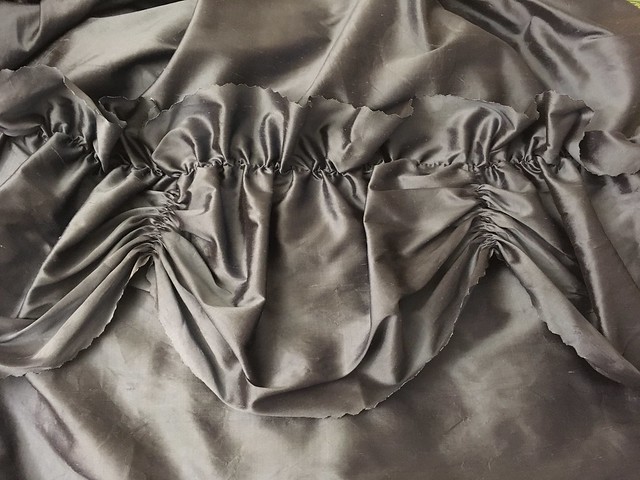 It’s amazing how much this looks like a curtain valance. 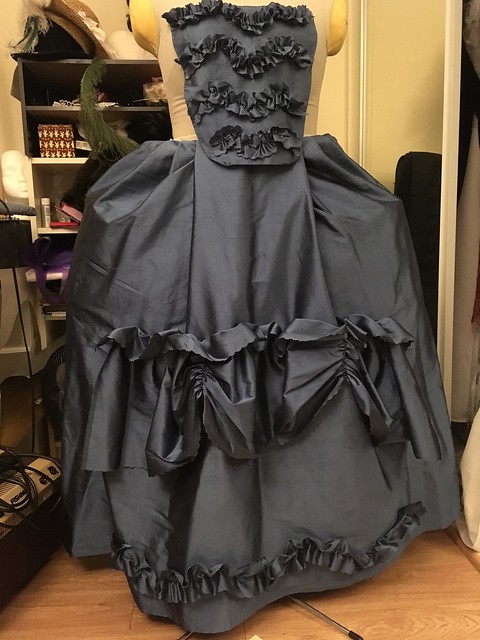 Also how the colors of my previous sewing room turned this dress black in photos.

And pictures from the ball! 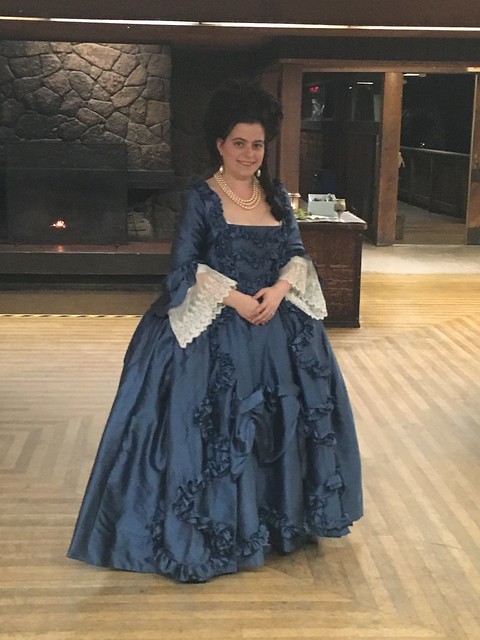 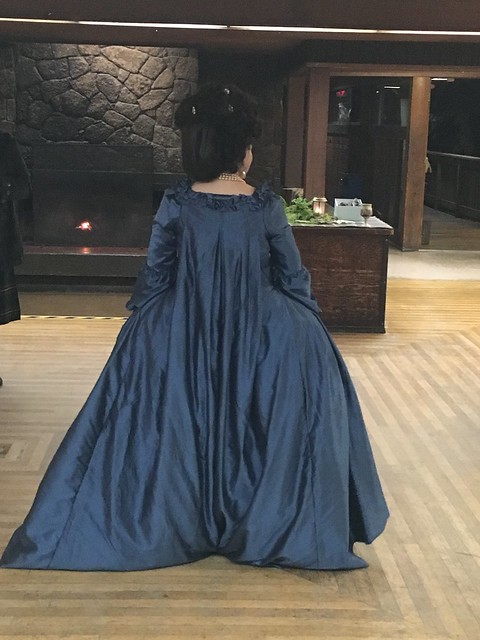 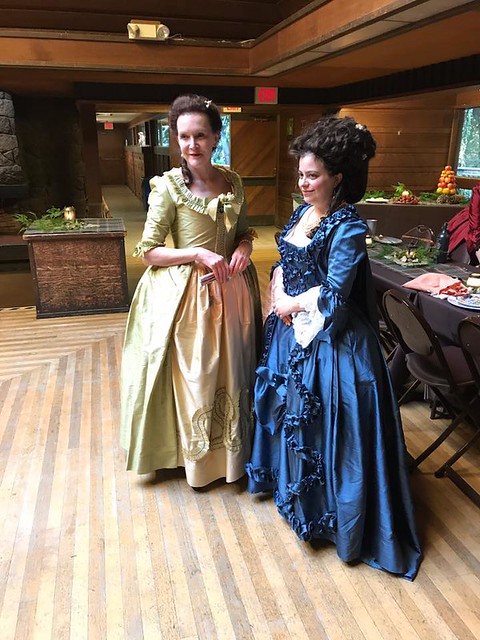 I discovered that a fellow student from my Advanced Flat Pattern class was also into costuming!

Because this was for an Outlander event, I also declared it to fit into the Historical Sew Fortnightly for May, as the theme was literature. Count it, that’s 5 whole challenges done so far!

The Challenge: As I said, I made this new petticoat and stomacher to go with my gown for an Outlander ball. I can’t lay claim to any specific character, but this would be appropriate for a lady in Paris (where the characters ended up in book 2), and definitely not one in rural Scotland.
Material: A (fairly smooth) blue/black shot silk shantung
Pattern: No pattern. The skirt is two rectangles pleated to fit over pocket hoops. The skirt trim is a big rectangle gathered across and gathered up in 2 places, plus a gathered wavy bit on bottom.
Year: The curvy lines of the trim place this around 1760. We will ignore that Outlander takes place in the 1740s.
Notions: ~2 yards linen tape to tie the petticoat
How historically accurate is it? The overall silhouette and look is decent. However, I think there is something subtly off about the proportions of the trim (perhaps not placed correctly on the petticoat). I would need to examine portraits and extant gowns to figure out why this isn’t reading quite right to me.
Hours to complete: Everything here was handsewn except the long seams of the petticoat, so around 5 hours.
First worn: To an Outlander ball on 5/13. I am just late getting the pictures up!
Total cost: This took around 2.5 yards of the silk, which would be $35 by itself (although I bought it years ago when I made the original gown).

This entry was posted in 1700s, Lady Moiraine's Sacque Gown. Bookmark the permalink.